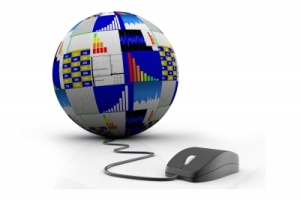 ART+COM Innovationpool GmbH. (“ACI”), Berlin has filed a case against Google Earth (Google Inc), California; regarding Infringing its U.S. Patent No. RE44,550  (‘550 patent), entitled “Method and Device for Pictorial Representation of Space-Related Data”.

The patent describes and claims an invention conceived by the inventors and reduced to practice in a medium called “Terravision.” Terravision is a networked virtual representation of the earth based on satellite images, aerial shots, and altitude and architectural data.

Michael Jones, the Chief Technical Officer of Google Earth, and Brian McClendon, in charge of the Google Geo Group and Vice President of Engineering of Google Maps, were employed at SGI during the period that ART+ COM was developing Terravision.

In 2003, a product called Earth Viewer came to the public’s attention during the invasion of Iraq, when CNN and other networks used its flyby imaging capability to illustrate their coverage of the war. In April of 2004, Google acquired Keyhole and Earth Viewer, which was integrated with Google’s business and released in 2005 as an application called Google Earth. This provided the users of Google Earth a similar technology by Terravision a decade in advance of Google.

After several email conversations between both the companies; On December 31, 2007, ART+COM filed an application for reissue of the ‘897 patent and for the pendency of that application ceased its communications with Google. On July 13, 2010, the ‘897 patent was reissued as the ‘428 patent, and on August 18, 2010, Mr. Mayer sent Mr. Jones, Mr. Hanke and others at Google a copy of the patent and a presentation relating to it.

Currently, Google directly infringes the ‘550 patent by providing, for example, Google Earth, Google Earth Pro, and Google Earth Enterprise to its customers and by operating or controlling the hardware (such as servers) and software that support the operation of those applications.