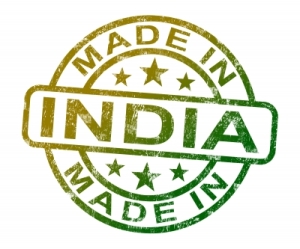 The famous home-made sweet for Karthigai Deepam, Kadalai mittai (Peanut Jaggery Chikki) is all set to get its Geographical Indication (GI) tag. Manufacturers of this special sweet held a meeting, Supervised by the sub-collector Vijayakarthikeyan, in Kovilpatti in Tuticorin district. The main purpose of this meeting was to showcase their products by as many as 15 manufactures from in and around Kovipatti region.

Mr Selvaraj stated that the groundnuts are selected from the best quality usually grown in Aruppukottai and its surroundings and the jaggery from Theni district, where the sugarcane is sweet. The water used for the syrup is from the perennial river Tamirabarini which lends its taste to the famous Tirunelveli halwa also. He also said that they are going to locate and map the 20-odd manufacturers in the region and also submit a report on the goodness of the sweet to the collector to get the GI tag at the earliest.

There are several different varieties of chikki in addition to this famous Kadalai mittai. Each chikki is named depending upon the ingredients used. Usually, ingredients such as puffed or roasted Bengal gram, sesame, puffed rice, beaten rice, and Khobara(desiccated coconut) are used. In regions of North India, especially Uttar Pradesh and Bihar, this sweet is called Layyiya Patti. Similarly, in the South Indian state of Tamil Nadu with a larger proportion of nuts to jaggery and the mixture is formed into balls rather than slabs. The most common versions are these kadalai urundai (peanut balls), ellu urundai (sesame balls) and pori urundai (puffed rice balls). In Kerala, it is made in both slab and ball forms. Peanut based sweet is called as kappalandi mithai and sesame based sweet is called as ellunda. The ones produced in Kovilpatti have held dominance over its equivalents due to its taste and quality.  These are also famous in Brazil, where it is known as aspé-de-moleque and as Ka’í Ladrillo in Paraguay.