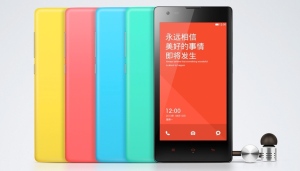 The Delhi High Court has reportedly asked Xiaomi to stop selling and importing phones in India. The order has been issued after Ericsson, a firm that deals in networking technologies, approached High Court saying that Xiaomi phones infringed on its patents. In an interim order, high court has restrained Xiaomi as well as online e-commerce site Flipkart from selling in India.

Justice G P Mittal directed the customs authorities to prevent import of Xiaomi phones that are infringing the patents of Ericsson and if any consignment is imported, the same be informed to Ericsson and its objections be decided as per the Intellectual Property Rules. As reported by SpicyIP, the Indian Customs will also prevent its imports under the IPR Rules, 2007.

After entering India this year in July, Xiaomi has grown fast. It has managed to create a string buzz around the brand by offering aggressively-priced phones. Recently Xiaomi vice president Hugo Barra said that India was the company’s second biggest market after China.

The court has also appointed three local commissioners to visit the premises of Xiaomi and Flipkart where the devices are stored in order to inspect and collect documents as well as seal the infringing mobiles.

The order was passed on the plea of Ericsson that Xiaomi has been violating its eight patents pertaining to AMR, EDGE and 3G technologies in the field of telecommunication. According to SpicyIP, Xiaomi reportedly infringed upon the patents: Standard, Essential Patents (SEPs) which are subject to FRAND (Fair, Reasonable and Non-Discriminatory) terms. It adds that these these are the same patents which Ericsson has sued Indian companies Micromax, Gionee and Intex for.

Ericsson said that it had invited Xiaomi to use its patented technology by obtaining a license, but instead of doing so, the Chinese manufacturer launched its devices in India in July 2014.